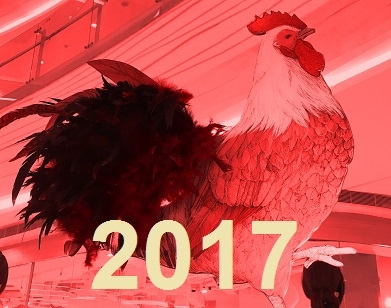 Goodbye mischiefing fire monkey, welcome crowing fire rooster. The fire monkey showed us some surprising moments last year: Brexit and Trump, both unexpected events for most investors. The monkey has been unpredictable. We have seen erratic movements, turbulences, high volatility but at the end a positive outcome.

The rooster, the next of the twelve zodiac signs in the Chinese mythology, has the fire again on its side. The lunar calendar’s mythology is ubiquitous in the Chinese culture and influences the day life as well as the way of doing business.

What to expect from this coming year: fluttering, loud cock crows, fierce cockfighting? Roosters are simple, but nimble says the Feng Shui. Their loud crows can be sometimes annoying as they wake up everyone. They strut, they scurry around – and so might probably the markets in this year too. However, the fire rooster, in general, is a symbol of optimism, innovation, and progress. The zodiac sign also stands for communication and competition.

Success or failures are often attributed to mysterious earth forces known as Feng Shui in the Chinese culture. The five earth elements affect the people’s mood. In general, fire stands for joy, water for fear, earth for meditation, metal for sadness, and wood for anger. Fire is red, and red also stands for luck. As such, fire years often generate optimism and prosperity. The fire element is often the driving force behind the stock market.

As fire conquers metal, fire industries such as energy, entertainment, the stock market, finance, might perform well. Water conquers fire, which is good for water industries such as logistic, communication, and shipping. Less successful is metal with typical metal industries such as banking, engineering, computer, cars. However, according to Feng Shui, it is less a matter of picking the right elements, but more a matter to get the right timing for the elements. Fire influences the months from May to July, earth the months August to September, metal the months October to November and water the end of the year.

All in all, 2017 is predicted to be still a positive year for the economy as the optimism continues. However, the fire will extinguish by autumn and winter and might cause setbacks towards the end of the year. A long bearish or directionless market can follow according to some Feng Shui masters as the next fire year is not before 2022.

Let’s see how much of this prophecy will become reality. Don’t take it too serious.

View all posts by PMD 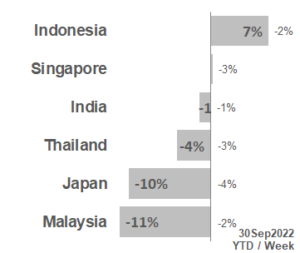 Fear and Greed Index (by CNN) 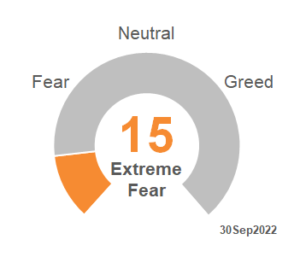 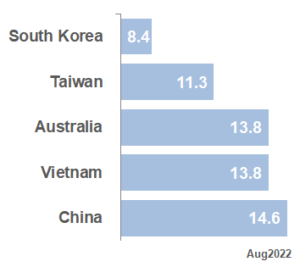 “For those properly prepared, the bear market is not only a calamity but an opportunity.”